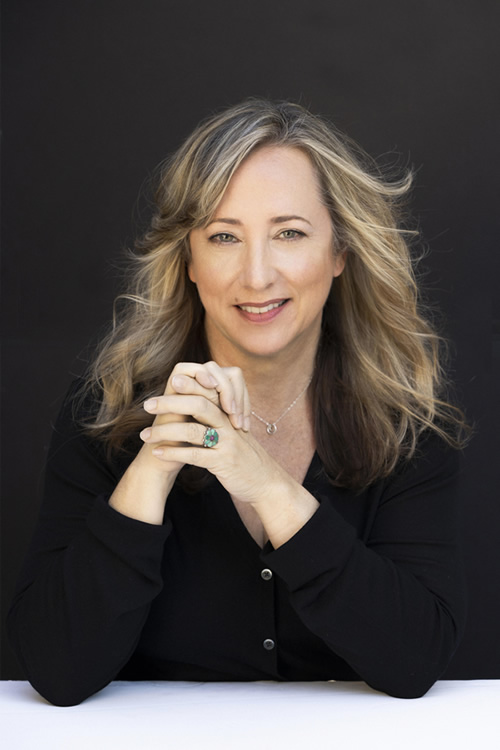 Finding your voice in the world is never easy.

It’s even more daunting if you had a severe stutter as a child. Kay Bess’s perseverance in overcoming that obstacle not only allowed her to find her voice, but also an expansive career as a voice actor. For nearly three decades since attending the BFA program in Acting at USC, Kay has worked non-stop and isn’t slowing down anytime soon.

Most recently, Kay can be heard as the computer voice of the Starship La Sirena in the CBS All Access series, Star Trek: Picard, a role as sweet as they come for the Star Trek nerd. She’s also thrilled to voice Bellroc in tandem with Piotr Michael in WIZARDS, the third installment of Guillermo Del Toro’s epic trilogy, Tales of Arcadia.

From early in her career, Kay has consistently booked loads of vo gigs in commercial, promo, and narration, and has done promos for every major network as well as major cable news stations. A few short years ago, to extend her career into different genres of voice acting, she dove headlong into the world of gaming and animation.

As these two genres are more “acting” than “voice”, she took the proverbial bull by the horns and enrolled in a rigorous two-year acting program in Meisner Technique at The Ruskin School in Santa Monica. Just three months into the program, Kay booked her first major character in a AAA game, voicing the juicy and complex role of Ana in Lara Croft: Rise of the Tomb Raider, nemesis to Camilla Luddington’s Lara. She hasn’t stopped booking games since, voicing roles in renowned franchises such as The Last of Us II, Call of Duty: Infinite Warfare, Mass Effect: Andromeda, Agents of MAYHEM, Skylanders: Super Chargers, State of Decay 2, Crackdown 3, Final Fantasy XV, and Fallout 76. Not long after her surge into video games, Kay began landing roles in noted animation series such as The Loud House, Spirit Riding Free, and Kipo and the Age of Wonderbeasts.

In her spare time, Kay relishes spending time with her anime-loving teenage daughter, baking sourdough bread on the weekends, and hosting an emerging podcast called The B-Hive: Women in Voiceover available on Spotify and iTunes. Given the outspoken nature of her work, you’d never guess Kay was an introvert. But her nature is as relational as it is cloistered, making her well suited to the podcast format. She loves the one-on-one interviews, talking with and bringing attention to others, and bringing to light the stories of some amazing women whose work is heard everywhere, but largely goes unsung.

In a world… of many voices, Kay’s speaks volumes above the rest.